Spyglass Hill Golf Course takes its name from Robert Louis Stevenson's classic novel, Treasure Island, published in 1883. Local legend maintains that Stevenson once wandered the Spyglass area gathering ideas for his novels. With this in mind, Robert Trent Jones Sr. set about creating a treasure of his own.
Opened in 1966, Spyglass Hill Golf Course features two distinctly different kinds of terrain that influence the way the holes look and play. The first five holes roll through sandy seaside dunes challenging you to carefully pick the safest path. The following 13 holes are cut through majestic pines with elevated greens and strategically placed bunkers and lakes to grab the errant shot. Hole names such as "Black Dog" and "Billy Bones" are hints for the unwary.
Spyglass Hill Golf Course is rated one of the toughest courses in the world from the Championship tees, boasting a course rating of 75.5 and a slope rating of 147. The PGA TOUR consistently lists Spyglass Hill's holes 6, 8 and 16 among the toughest on the TOUR, and during the 1999 United States Amateur, the stroke average of the field during medal play was in excess of 79. 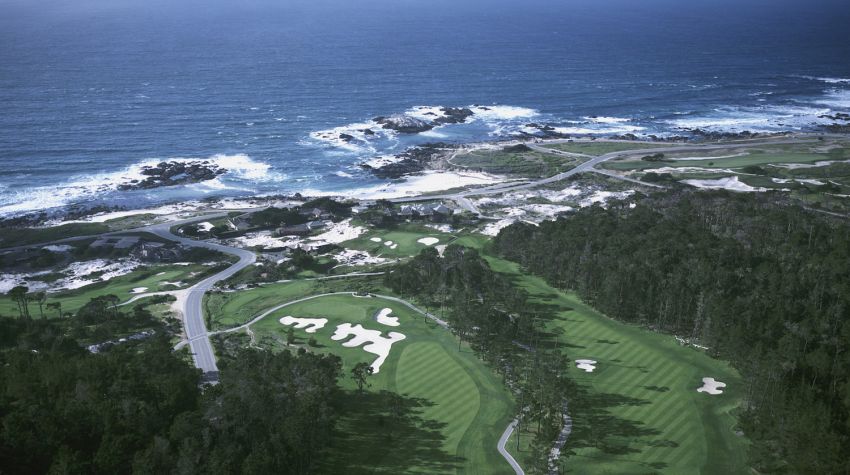