No. 6 (Tom Fazio) rests a few miles from the center of Pinehurst, and is also a departure from the first five courses in design and temperament. It’s the first Pinehurst effort by Tom Fazio, who can claim more courses ranked among the top 100 in the U.S. than any other architect. Tom began work on No. 6 in 1975 with his uncle George, a famed designer in his own right. The result was a more rugged, undulating track that demands bigger drives and more aggressive approaches. Tom returned in 2005 to carve new bunkers, soften angles and seed faster greens. The addition of native wiregrass throughout the course gives it a distinctive Pinehurst feel. Between the water, bunkers, wetlands and woods, there are plenty of perils on this par-71 track. The back nine is among Pinehurst’s most challenging halves. 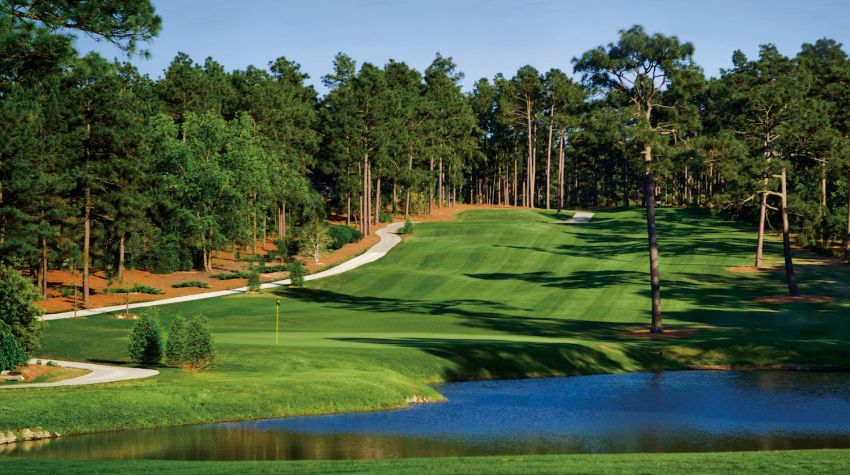