Designed by award-winning architect John Fought, Washington National Golf Club ​is the proud home to the University of Washington's Men's and Women's golf teams. The course was built in 2000 and quickly became known for its impressive layout and immaculate course conditions. The course features bent grass fairways and bent grass greens. This championship golf course has hosted several collegiate tournaments, including several NCAA regional championships. With its tee options ranging from 5,100 to 7,300 yards, Washington National will motivate and reward golfers of all playing abilities. 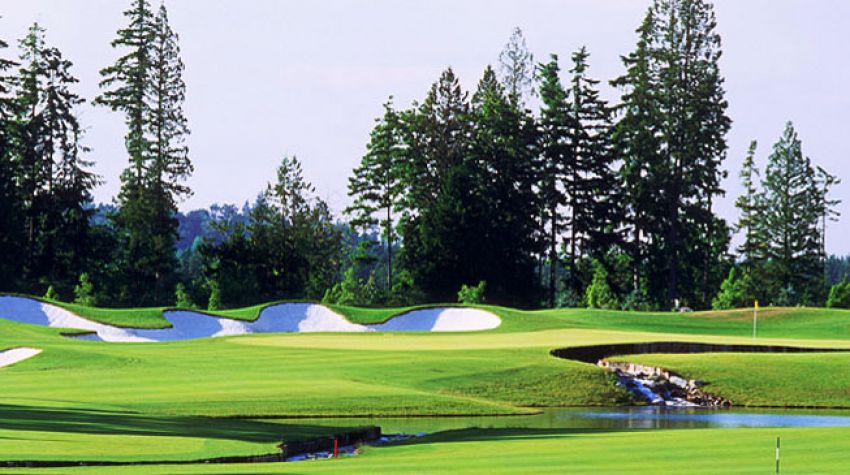