A Brief History - The Vernon Golf and Country Club has been an integral part of the City of Vernon for over a century.  It was first located in the BX in 1913, then moved to an East Hill location in 1920, only to move in 1922 to its present location.  It temporarily moved to another location on the Commonage, but returned a short time later.  The course was expanded to 18 holes under the direction of Mr. Ernie Brown from Vancouver and the greens were shaped by Dan Kitsul.  The Vernon Golf & Country Club was operated as a company from 1913 to the 1960's, complete with shareholders and a Board of Directors.  In the 1960's, under the leadership of Mr. Frank King, the final vestiges of the old structure were done away with and the Club was reformed under the Societies Act which rests the ownership of the assets with the membership of the Vernon Golf Club.  The original clubhouse, comprised of a rectangular building around a stone fireplace, was remodeled and added to until it was finally replaced in 1987.  (taken from "A Brief History of the Vernon Golf & Country Club" written by Douglas Cole in 1988).

The Course -  The championship par 72 Vernon golf course plays longer than the 6597 yards that the scorecard states.  Towering lombardi poplars and mature weeping willows have stood guard over the beautiful parkland setting and witnessed many progressive changes over the years. The Okanagan Valley Railroad bisects the "inside five" from the rest of the golf course. The opening hole is a short dogleg par 4 with Vernon creek bordering the right side. The second hole offers a solid test from tee to green; the entire right side is out of bounds and the fairway narrows as Vernon creek encroaches on the left from 150 yards and in. After crossing the tracks to holes 3 through 15 on the high side of the course, the golfer will return to the "inside five" and face one of the strongest finishes in the entire Okanagan. The 460 yard 16th hole brings several challenges including: OB left and right, a strategically placed tree atop the middle of the fairway, and a sidehill approach. Hole 17 is a difficult par 3 with a narrow and sloping green. The finishing hole at the Vernon Golf Club is a slicers dream as a dramatic left to right tee shot is required to find the undulating fairway with Vernon Creek defining OB along the right side. The three tiered green is protected on the right by "Pete's Pond" with bunkers left and long. 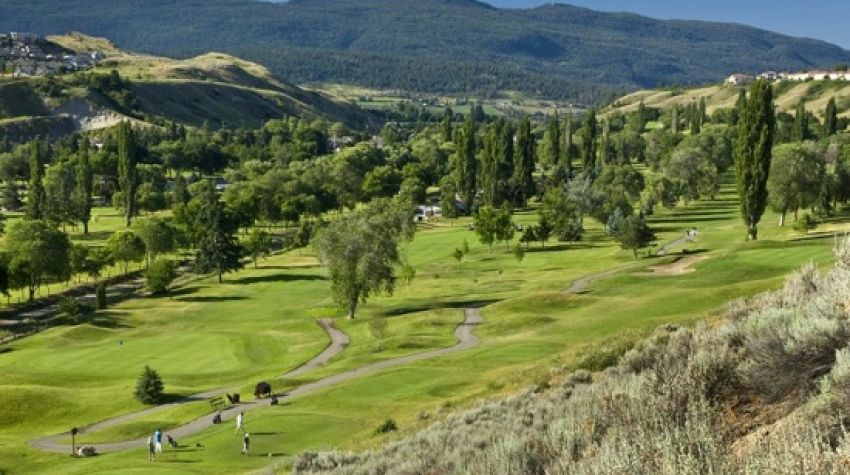 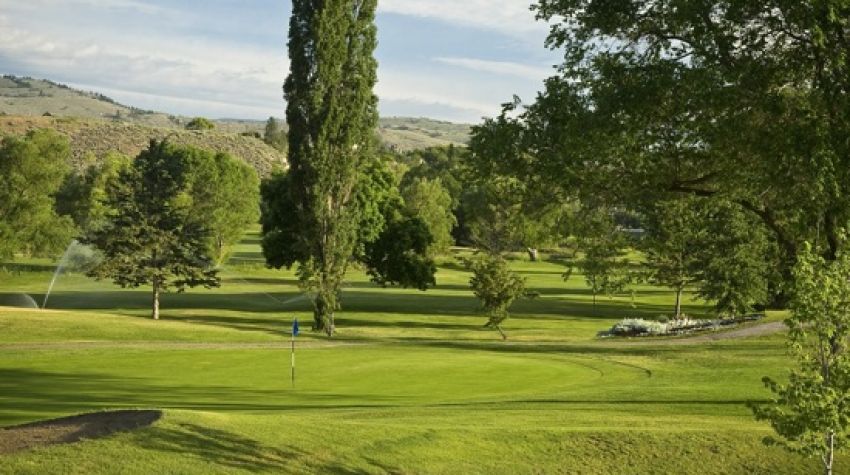 Just got back from our Vernon golf weekend everything went great. The arrangements worked out perfectly and everyone was quite happy. Both Spall and Vernon GC were a challenge for my group and lots of balls went into the bush but we kept up the pace of play and the course marshalls never said a word. Thank you for your efforts in aranging things and the process of paying and reminders was very good. I will be recommending your services to everyone.